While in-game advertising is in its infancy, increased brand investments (expected to reach $844 million by the end of 2020), a growing active audience (accelerated by the lockdown due to Covid-19) and the creativity of users are developing a new virtual ecosystem with enormous marketing potential. In 2020 the game became a mass attraction with 3.4 billion global users, according to data from the "WARC" game advertising opportunities report, and is moving way beyond its stereotypes to woo, in addition to teenagers, more and more women (almost half of all players) and mothers (for example with “Candy Crush Mums”). Like many other trends, the pandemic has accelerated the transition to virtual worlds, and as lockdown has deprived people of real social experiences, gaming platforms have once again become recognised as a new social network for the masses, becoming spaces in which to meet people and where you can socialise with many other users. Whereas it has always considered a lonely and singular experience, in 2020 gaming allowed people to be the inherently social creatures that they are, but in safety. Serenity, adventure, socialisation and discovery can happily co-exist, along with creativity and commerce: when users began to make virtual spaces their own, both artists and brands followed them, with platforms that have hosted concerts and branded pop-up shops. Now that there is no lack of an audience, we are witnessing further investments by brands, which, through marketers, are starting to experiment with the boundaries of the most popular platforms. Following MAC Cosmetics' lead, beauty emerges as the next industry aiming to dominate the gaming world. Last July, Givenchy collaborated with digital designers behind the "Nook Street Market" account, a game on "Dover Street Market," creating beauty looks that players can apply to their avatar's digital skin in "Animal Crossing." Meanwhile, Venus introduced new "skin-clusive" designs to normalise imperfections in the digital world. But fashion brands too have launched various investments, to create virtual collections and new possibilities for the visual representation of avatars. Louis Vuitton, for example, has produced leather garments for the avatars. The rise of independent creators who leverage social platforms to show and sell their designs directly to players is unveiling a new design economy. Digital artists are becoming the new brand partners, making the collections suitable for direct-to-avatar commerce. “Animal Crossing” quickly turned into a real creative quest that brands want to be a part of. Managed by photographer Kara Chung, the platform now provides a real fashion showcase. Burberry has launched three games on the web in which it promotes new items, but many other brands are also investing in the game in unique ways, on social media or on microsites. Primark has launched “Primark Legends,” which allows attendees to act as virtual sales assistants in a Primark digital store. The game reflects the real world, a work experience where it is possible to sell a complete stock, making sure that customers receive a truly special service.

A work simulation which, moreover, could become a valuable tool for employee training in the future. In the game, after all, people can revisit pre-pandemic rituals and experiences, such as a carefree visit to a huge shopping mall or a completely random meeting of new people. With the increased interest in games, platforms such as "Animal Crossing" also emerge as the last frontier of marketing for politicians, encouraging users to express virtual political allegiance before the US presidential election. Politics and gaming may seem like an unlikely match, but as early as 2008, when Democratic candidate Barack Obama ran for US presidency, his team made history by placing ads on "Xbox Live" weeks before the election: announcements that appeared on 18 games and which, according to rumours, were a last-minute push to attract more male audiences to the polls. 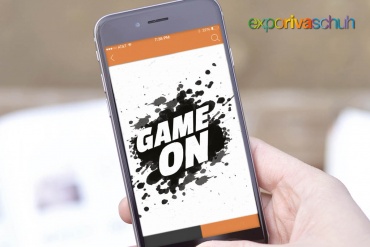